Jumping Jehosaphat - Sockeyes as far as the eye can see 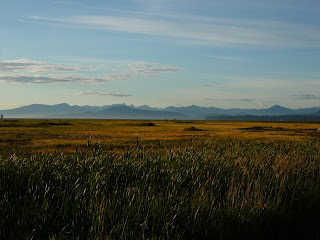 When I last wrote about British Columbia's love and fascination with the mystery of the salmon, this year's returning Sockeyes were but small fry yearlings. How they would this year "know" to return from far out in the North Pacific to the specific creek or stream of their birth, no one knows.

This summer, the great mystery of Creation again reveals itself. After many years with bad news of declining salmon returns, we are blessed with the largest run of Sockeye on the Fraser River in a hundred years. I believe the current estimate is a return of 30 million Sockeye.

I was down by the river on Saturday in the early evening and took the following video, just a little west of Finn Slough. The video may not entirely capture the awe and gratitude I felt as I stood on the bank and watched salmon jumping all over the place. There were moments when I could see three or four salmon jumping almost simultaneously, and stretches of seconds when it seemed one was jumping every second in front of me. But this minute of video was a pretty average minute, and you can have a sense, considering the camera's limited angle of vision (a tiny stretch and moment of a large river), how many fish were hopping.

There is no hatred quite like self-hatred.
'DNA shows Hitler of mixed race' (HT: Spengler)

The limits of Darwinian evolution

"Don Lightband", the gay troubador of the Generative Anthropology list writes (in respect of this article: Orang-utans are not remotely like humans | spiked), "Norwegian babe admits herself to the ranks of the Unfooled, seemingly w/out any anthropological assistance!"

Helene Guldberg seems to have endeared herself to Lightband with lines like:

Time and again, we are told that humans are not that special after all: abilities previously thought to be uniquely human are now purportedly evident amongst the great apes. The most recent claim, published in the current issue of the Royal Society journal Biology Letters, is that orang-utans use mime to make themselves understood.
[...]
Ape communications are incomparable with human language. We debate and discuss ideas, construct arguments – drawing on past experiences and imagining future possibilities – in order to change the opinions of others. We pantomime. We create everything from great literature to nursery rhymes that help us make sense of the human condition, and we can pass this on down the generations: some nursery rhymes have survived centuries. We can communicate an infinite number of meanings and develop an infinite number of arguments. We can debate and discuss everything from international politics and economics to the most mundane issues.

I cannot see even the remotest comparison between the beauty, power and complexity of human language and an ape wiping its forehead with a leaf and passing it to another being.

Now Mr. Lightband alleges a lack of anthropology here, because Ms. Guldberg argues for the distinctively human without any apparent hypothesis of what has made the human distinct. Nonetheless, obviously we all have anthropological insights in degrees; we all depend on developing our human self-understanding better to survive the risks and threats we pose each other. And so it would be interesting to speculate just why, at this point in history, there seem to be a number of scientists, as Guldberg reports, breaking with the deeply human tendency to anthropomorphize our animal cousins (a tendency which has wrecked countless "scientific" studies that appeal to specifically human common-sense to explain animal behaviours); and also, by implication, though Guldberg does not spell it out, we seem to be witnessing a time when some scientists are grappling with the over-use of Darwininan-evolutionary explanations, for if human language is something quite distinct from anything our ape cousins practise among themselves (they may well learn human language, in some degree, when interacting with us), then the emergence of human language was quite likely an event that cannot be explained simply by assuming some kind of quiet, "natural" evolution of ape to human. Rather, the creation of the human must have been a distinctive break in biological-evolutionary "time", the creation of a specifically-human kind of time and cultural evolution. This is the hypothesis of Generative Anthropology.

I would begin my speculation on why we now witness this scientific trend away from assuming some close proximity in ape/animal and human "cultures" by suggesting that the recurring human desire to assimilate the human to the natural world has been exacerbated by the phenomena of the post-World War II "white" guilt that has wracked the Western world. To the practitioners of white guilt, our domineering relationships to the non-human "environment" have become, along with our relationships to various human Others, signs of wrongful oppression and arrogance that must be countered by claims that we are not distinctive and must not see ourselve morally apart from the natural order, but rather in all respects indebted to it, such that we have no business posing any "threats" to its well being. In such thinking, the idea that we are quite different from apes is taken to be a mark of arrogance. In contrast, the notion that it is rather the attribution of human traits to the animal and natural worlds (e.g. calling it "Gaia") that is the mark of human arrogance has not been taken seriously by many in recent years.

But maybe we are now seeing signs of serious opposition of the extension of the signs of post-war White Guilt into the natural sciences. If so, it will require interest in new hypotheses of what is specifically human, in short the project of a Generative Anthropology. 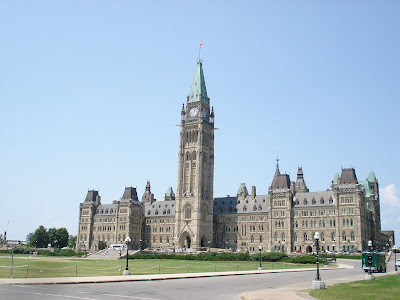 Inspiring and perspiring; my entwined memories of hanging out in our hot nation's capital during the first real summer vacation I've gotten in the last ten years. 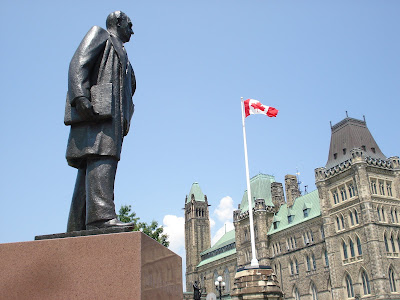 The real purpose behind the visit was to see my ailing father one more time, to give thanks for him having been the dad he's been to us, while I could still deliver such appreciation in person. 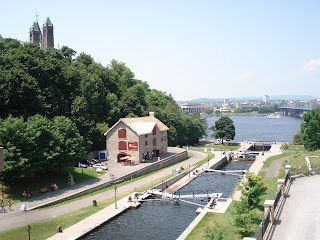 Long before his eventual retirement, we used to visit Ottawa on rare father-and-son Saturday trips by train from nearby Quebec. An unplanned ritual emerged: starting with his repeating the workings of the Rideau Canal for the slow-to-learn child who walked at his side, followed by coaching on the function of the majestic buildings greeting us on Parliament Hill, inevitably ending up with being treated to a book at the War Museum gift shop before taking the train back home.
A patient teacher, a thoughtful guide, a proud immigrant, he made each visit a stirring occasion for his oldest son. 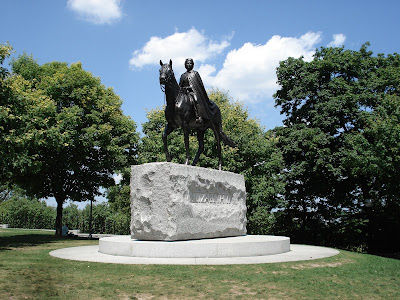 These are now my memories more than his, it seems, our private talks revealing that such details have largely faded in the sunset of age and illness. Now it's become my turn to be patient, to be thoughtful...
And to be proud.
Posted by Charles Henry at 9:20 p.m. No comments:

Just across the Mexican border into the city of Ciudad Juarez there is a war going on that's taking the lives of thousands of people, most of whom will be buried without ceremony or memorial. They are the lost, the forgotten, the dead. I don't know them, and they ain't no friends of mine. I don't care. Most of the dead seem to deserve whatever horrible fate they meet. But....

http://nodhimmitude.blogspot.com/2010/08/los-perdidos-los-olividados-los-muertos.html
Posted by Dag at 1:31 p.m. No comments: