When David Entered the Covenant Zone.

One man burns the city while another pulls it down
And the scoundrel sates himself with plunder.
The markets of Karkh are deserted
And the vagrant and the wayward prance around. 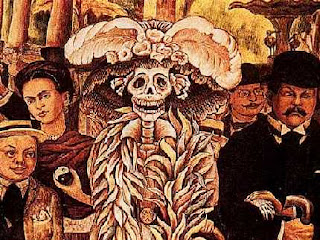 We sat at our table in the library atrium as we do each week, and in the midst of our chatting we heard, "Covenant Zone? Is this the Covenant Zone?"

David introduced himself, sat in and has been with us weekly ever since. It was as easy as that and as hard.

We can't stop death and destruction. But if we are determined and rational we can slow it down. Say hello to us this Thursday evening.

The anonymously written poems above are excerpted here and found in their original translated state in Hugh Kennedy, The Court of the Caliphs. London: Phoenix Publishers, 2004, pages 106 and 105.
Posted by Dag at 12:54 a.m.