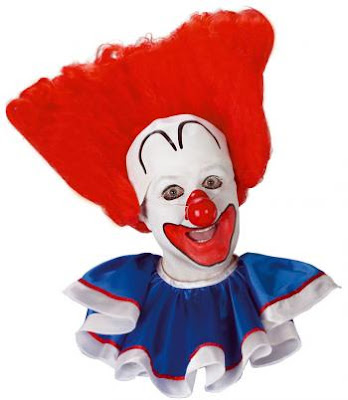 That is as unbelievable as anything one can find in the MSM these days. As the established mainstream political parties continue to cling to their bell-bottom pants and love beads, and as they continue to chant mantras of peace, love, and multi-culti platitudes while the people are increasingly attacked financially and physically by the Death Hippies and their Muslim proxies, we will see a furthering of movement to the "right." It's called by most coming to ones senses and acting accordingly.
Posted by Dag at 7:56 a.m.

"come to their senses"? I'm not so sure. Isn't this "far right" party just more welfare state socialism with an anti-Mualim agenda?

Dag, a Gnostic blogger with a habit of misrepresenting his links says you are a "conservative" in love with these guys. I think they think you are a "fag" all kitted up in that homoerotic SS gear!

And my opinion of people who don't know what they write about, who assume everyone else is as ignorant as they are, who get upset when someone points out their ignorance and violates the party line, my opinion of those people is that they are Modernity's intellectual zabadin. Who gives a shit what they think.

Well what the Gnostic left thinks does matter because it still dominates Western thought. Inevitably our struggle involves winning minds. The reigning party are so out of touch with reality they are dangerous. But before things get really ugly, wouldn't it be nice if people could develop the intellectual resources to allow the growth of an anti-establishment movement that had hope of attracting something other than those who don't any longer give a shit? Welcoming the electoral success of the merely angry, if such they are, as a wake-up call to those still capable of being responsible and realistic is something one should only do with ambivalence, since one has no control of what may well turn out to be just as destructive as anything else.

I don't know enough about the Austrian parties to offer any serious opinion. But, in general, I am not yet convinced by any anti-elite ship in a storm arguments when it comes to Europe. I don't have to like Charles Johnson, nor need I fail to recognize that support for say, a Filip de Winter is a lesser evil than support for the EU left - to know that there are some mindless "nationalist" movements that can destroy their nations, just as there are some defenders of national cultures and their renewal that are worthy of hope and conversation in face of EUtopian imperialism.

In short, I think that there is a kind of Gnostic "right" that can be just as destructive as the Gnostic left and that the two may well play off each other to insure Europe's doom if their rivalry comes to dominate the scene, as it may well do.

Of course people need to see the signs of an impending crisis to break out of their failed modes of thought. But the crisis, depending on how it is articulated, may just as well deepen their faith in those unrealistic ideas founded in the EUtopian reaction to WWII, and the counter-reaction.

If we are going to discuss the European crisis we should try to develop arguments and insights, no matter what fool is belittling us, that can convince - by paying attention to particular realities - whether or not someone like, Melanie Phillips is putting hope in an impossible dream (we need seriously to speculate and intuit where hope for greater freedom and national renewal lies - since it is our belief that the two are necessarily related - and not be moved by mere resentment of the treasonous elites who hate their own people):

These parties campaigned on an anti EU integration and anti-Muslim platform. Their success is due to the enormous feeling among the people of Europe against, on the one hand, the destruction of their powers of self-government and their assimilation into the undemocratic Euro superstate, and on the other the threat to western culture from Islamist conquest. On both of these seismic issues, the leaders of the democracies are either burying their heads in the sand or are actively bringing them into being. With no democratic party addressing these concerns and instead demonising legitimate nationalist feeling as ‘racist’, xenophobic’ or ‘Islamophobic’, people are turning to parties which truly are racist, anti-foreigner, anti-Muslim, anti-Jew and sometimes, indeed, neo-Nazi, but which are exploiting this political vacuum just as all such parties have always exploited other vacuums in leadership.

This presents a nightmarish prospect in which, if the democratic parties of Europe continue to demonise legitimate aspirations to maintain national cultures against undemocratic and anti-democratic forces, more and more people will be drawn to these parties – see the sophisticated pitch by and increasing support for the BNP in Britain, and social disorder will rise. The rise of these noxious groups is entirely due to the abandonment by social democratic parties of the defence of the nation and the right of individual peoples to their own cultures and self-government. The continuing rise of the BNP in Britain is overwhelmingly the outcome both of the fanatical Europhilia which masquerades as the centre ground while engaged on its project to destroy Britain as an independent nation, and the systematic destruction of British national identity and the demonisation of those Britons who object by the dominant left-wing elites.

The awful thing is that, as the far-right advances and social disorder increases – as it will -- muddled liberals and malign leftists will blame these political and social calamities on ‘the far right’. As a result, the steady encroachment of Islamism will proceed apace -- and anyone who objects will also be demonised as ‘the far right’. The rise of the neo-Nazis will thus turn the defence of democracy toxic. There is therefore a danger that the only people who will be fighting the Islamic fascists and in defence of the nation against the supranational supremacists will be the fascists.

If this truly frightful outcome is to be avoided, it is imperative that social democratic politicians in Britain and Europe wake up from their trance and realise just what it is they have to defend, and against whom.


These are all gorgeous, I love the papers. The reindeer card is so cute too. x

Great information, i was searching of this kind of information, thankyou very much for sharing with us. The Best Side Hustle Guide For 2022

The Best Apps and Games For Android · Apk Module:winzo-gold-apk-download-for-android-game