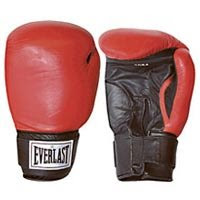 Sarkozy impressed me, Segolene depressed me... royally. God help the French Republique should she win its presidency following the second round of their election! I can't see how any nation could survive such a person as their steward for five long years, let alone today's France with today's problems in today's world.

This debate might as well have been between intellect and emotion as between two politicians. Sarkozy was wall-to-wall facts and figures, Segolene was nothing but "feelings" and platitudes. Which seemed to get the socialist's goat every once in while; more on that in a moment.

Watching the two of them discuss business and finance put me in mind of the old stereotype of a woman driver talking with her auto mechanic, the driver saying that she hears a funny clicking sound coming from under the hood, while the mechanic goes to great pains to describe how her engine works, specifying that the problem is with the carburetor, concluding with a long list of payment options for getting it replaced.

Throughout the debate, the socialist Segolene Royal was emotional, undisciplined, and lacking in self-control, to an unsettling degree. Meanwhile Nicolas Sarkozy, presented a calm, cool, and very self-controlled contrast.

The debate format allowed for both candidates to address each other directly, within topical bounds established by the debate's two moderators (although the socialist candidate started off demonstrating an inability to focus on the topics at hand, it took her half the debate to learn how to stay on subject). A pair of clocks kept less-than-exact account of how much time each candidate incrementally used of their 60 minute time period (Sego torpedoed much of this system's accuracy by talking over Sarkozy's time quite frequently, with the timekeepers understandably slow in turning his clock off and activating hers).

Sarkozy was clearly the better debater; an amusing tactic of his that made for some entertaining moments, was his recurring ability to slip in a stiletto-sharp cutting remark towards his opponent whenever she would interrupt him, delivered through either an impish smile or accentuated with those facile eyebrows of his ("she asks questions then doesn't let me answer them", "I'll answer that if madame gives me her permission", "I have too much respect for you, madame, to let you deceive yourself", etc) Sometimes his little sarcastic remarks would slip by under her radar, unchallenged from being unheard, other times it would noticeably tick her off, prompting a renewed (and unflattering) emotional outburst out of her, as she probably felt like he was contemptuous of her intelligence.

Which he undoubtedly was. Sarkozy went into detail, again and again, about the mechanics of how his proposals will work: where the money will come from, explained in a cause-and-effect description. Sego’s “cause and effect” was to have more “social dialog” and to “work with industry” in order to “launch economic growth above 2%”. At a later point, Sarkozy challenges a specific Segolene proposal: "what tax rate will you apply to fund that policy?" Sego's answer, “My tax will be what is necessary to bring about social justice", was about as specific as anything else she had to offer voters during the debate drama.

Segolene erupted into a particularly unbecoming and (if you'll pardon the expression) gauche emotional outburst at the 50-minute mark, over remarks Sarkozy made concerning integrating handicapped children into regular public schooling, accusing him of "immoral politics" over the issue (they disagreed over statistics on how thoroughly this was being done, and how important to Sarkozy it was that it be higher). Sarkozy handled the outburst with statesmanship and aplomb, toning down his voice in direct contrast to Sego raising hers. Final word on the point came from Sarkozy, before the moderators shepherded them towards a new topic: "I don't hold it [your outburst] against you, because everyone can lose their temper"... such polite contempt!

Also memorable was Sego using the terrible news of a recent rape of a female police officer to announce that women should be accompanied on their way home from work, and that subsequently she would not be reducing the number of government employees, to insure that these extra police escorts would be available. Sarkozy, at his turn, asks her, "are you saying you want female civil servants accompanied home each night..." (Royal, interrupting: "At night, yes")... "so we should have one civil service for the French public, and another civil service to serve the civil servants". His solution, he says, is to simply have fewer delinquents, and being tougher on sentencing.

The moderators began with an unintentionally revealing question at the very start of the debate. They asked each candidate, “to ease the tension” and to calm the atmosphere: "How do each of you feel?"

Emotion vs Intellect.
Posted by Charles Henry at 11:10 p.m.