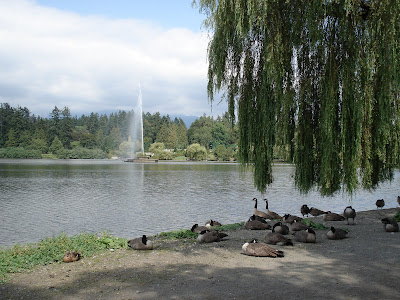 ... according to a new survey produced by the Economist Intelligence Unit, a sister organization of The Economist magazine, as reported in last friday's National Post: 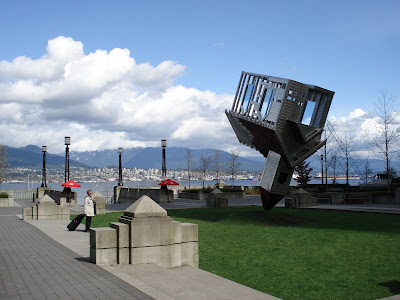 Vancouver is the most liveable city in the world, and Toronto the fifth, according to a survey that suggests there is a cost to the "big city buzz" of other, more cosmopolitan, centres.
... Paris ranked 22nd, London 46th and New York 56th in the most recent results. Bogota, Tehran and Algiers were among the worst cities. Baghdad was not counted. 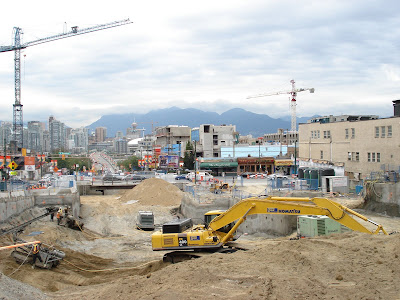 ... Stuart Green, a spokesman for Toronto Mayor David Miller, who was out of town, said size may matter.
... "Wouldn't it be great if we were No. 1, but Vancouver does have mountains." 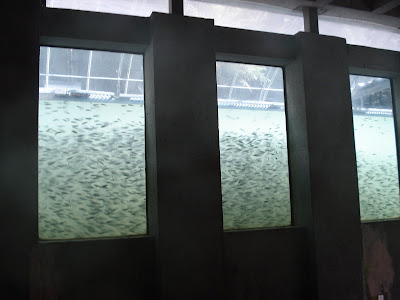 And salmon, Mr. Green, don't forget our salmon...
I keep re-writing my reactions to this survey, because I have such mixed emotions about living here in Vancouver. Here goes attempt #3 to shape my thoughts about it all...

I didn't think much of the city of Vancouver when I first moved here from Toronto, but the natural splendour of the surrounding scenery has grown on me over the years, and softened me down to a begrudged appreciation. There is much to complain about (especially if you are a merchant on Cambie Street), yet there is undeniably much to enjoy. I keep resisting the easy siren song to drift towards a cynical extreme, posting nasty photos of the city's extensive nasty side as an ironic counterpoint to the praise mentioned throughout the survey. I'm settling instead for photos hopefully reflecting the more honest range, of good and bad, which the city displays for its citizens. With a few observations..:
"Vancouver is beautiful", we say as we look far away to the mountains, our backs to the city itself. "Vancouver is a great place to live" we say as our search for affordable housing drives us farther and farther out of the city core, tripping over the phalanx of professional panhandlers astride our path as we commute downtown to work. "Vancouver is so peaceful", we say as we venture miles outside our city, far up into the mountains, or along the coast, to seek a peace and calm that eludes us in the dirty, crowded and extremely noisy streets of the city itself.
I grumble but deep down I do like it here.
What has really helped me feel grateful for winding up in Vancouver, has been seeing the city through the eyes of my circle of friends who have moved here from other countries. Listening to what it's like to live and work in India, Mexico, South America, Eastern Europe, and other four corners of the world, makes me ever so glad I was born here in Canada, following the sun from one end of the country to the other, winding up in Vancouver, British Columbia, "Canada's most liveable city".
Posted by Charles Henry at 5:02 p.m.