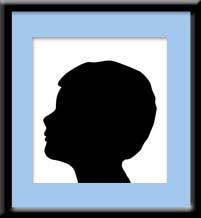 Seine-Saint-Denis, one of France's highest profile battlegrounds between teenage thugs and police, was in the news again last week, as the French newspaper Le Figaro took a closer look into the statistics on the increase in juvenile delinquency.

Out of 82 556 cases in 2005, 3474 of them dealt with children under 13 years of age. What kind of people are these children destined to grow up to become? If you can bear it, read through this partial translation of several of the individual cases they site in their investigation, previewing the next generation of urban violence for France:

Eyes rolled up, with his breathing "wheezing, sonorous, animal-like", earning him the nickname "the exorcist", "Aziz" is rabid. Hyperactive behavior, insults, punches… the last time he struck someone, it was a teacher. Who brought charges against him. Aziz is not one of those hardened teenagers who hang out in gangs, he is five years old and lives in the city of Saint-Denis…

Aziz is not an isolated case. The rejuvenation of delinquency in the difficult neighborhoods is a regular phenomenon. Aged from 3 to 10 years old, these mini gangbangers, called "extremely disruptive children" by the administration, are not content to steal candies, but instead fight, smoke, loiter in the streets, torch cars, etc.

For instance like "Bemba", 7 years old, who comes to school stinking from gasoline, after having burned cars with his brothers in the neighboring parking lot. Or even the 3 year old child dubbed "Hannibal Lecter", in reference to the cannibal character from Silence of the Lambs, for his having bitten the nose off a little girl. Or mentioning "Kader", 6 years old, who, under the influence of his step-father, smokes cannabis each night "to sleep better". "Hakim", 9, has stabbed his own mother with a knife. It was six years ago. After many other serious misdemeanors, he is today imprisoned in Fresnes. All these children… come from Seine-Saint-Denis.
...
For Patricia, mother of three children living in the city of Floreal in Saint-Denis, the rejuvenation of delinquency has been observable "for about a dozen years, with an emboldening and a feeling of impunity since the riots of November 2005". She is worried for her little girl, Chloe, aged 10, who has been assaulted several times at school : "It is no longer possible for our children. They have no chance here", she says… "Is it normal to leave three or four year old children outside until 11 at night ?", she says indignantly. It’s the surest path "to put them on the road to delinquency", adds Isabelle, a counselor in a recreation center for the last 8 years. A few months ago, while pregnant, she was struck repeatedly in the stomach by "Maxime", 7 years of age...

In the examples of these feral children, are we seeing human beings stripped of their humanity, reduced to an unnatural existence, fallen to the level of animals… or do we encounter here mankind in its natural, default state, awaiting the trio of gifts which raise us above the animals, and make us humane: self-examination, self-criticism, and self-control, all applied so as to effect self-directed inner change.

“We are our own worst critics”, goes the old saying. If only it were true..! All too often, it is we ourselves who are likeliest to find excuses for our worst acts, it is we in our self-pity who are the most ready to whisper justifications to ourselves, to lullaby our guilty consciences back into silent slumber. Being cruel to others, this story suggests, is a choice that comes frightfully easily to human beings, if we can see choices of such unrestrained cruelty in ones so young.

Wanting to be good: surely this is the seed that every good parent aspires to plant within their children. Maybe it is the case that the seed is already born within us, part of our natural equipment, and merely waits for a loving family and civilization’s welcoming embrace to nurture it through the seasons like a fertile field, so that maturity may yield a harvest of desire for returning that love through civility. Maybe it waits in a locked room of the mind, for someone to come along with the key.

One humane voice in this article sends out a cri de coeur for her daughters, and in her lament there is the challenge: I am living up to my side of the bargain, why are you not living up to yours? Why don’t you choose to cull the weeds from the garden, so that they do not choke out the life of the flowers we are trying to raise. For what lessons will the young Chloes of the world draw from their youthful experiences? Will they find there further evidence for the need to be good, or more excuses to believe that it’s not so bad to be bad? The experience of history attests that some will cling to the search for reasons to live a good life, keeping themselves from succumbing to the easy choice of committing cruelty against their fellow human beings. Whether sowed by an unseen hand, or landing through the whims of fate, some such seeds always, thank God, seem to find fruitful soil in every time and place.

For too many others, however, the chorus of violence will be a siren song they will let drag them away from the struggle to live in search of what it means to be good. It is so much easier to be cruel, it is seemingly the natural, instinctive choice, or so this article portends. Having chosen one step along that path, each act of cruelty easily greases the wheels to enable another, until habit casts us into a state of self-justification unhampered by any self-restraint, untamed by any self-expectations. Then people choose to burn cars. Then people choose to allow people to choose to burn cars.

To want to be good demands that a person be at eternal war with himself. The odds of victory in such a battle are stacked against us, as every day is filled to overflowing with evidence suggesting that living a good life is an unnatural, and therefore unattainable, objective.

Fortunately, there is help in this inner conflict against our own nature. There exists a tool that can provide us with the hope of forestalling defeat on the inescapable battlefield of life. It’s a bottomless resource that helps us renew our commitment to the struggle, despite a thousand excuses and justifications for surrender. It’s a flickering candle shining light on how to continue even in our darkest hour of despair, when we come closest to losing the courage of our convictions that this war is worth the fighting. It’s a blessing that grows as we grow, teaching us to live for more than the present moment, to connect to the far distant future, of our own lives and that of our progeny… to see ourselves as combattants in a conflict so enduring that it exists beyond time itself.
That tool is the Judeo-Christian value system. Whether bestowed upon us from above, or derived miraculously by us down here below, it exists to help us avoid choosing evil. That there may have been bad parents, bad teachers, bad Christians, does not give us the excuse to believe that parenthood is bad, teaching is bad, Christiniaty is bad.

Some of us admit that we need all the help we can get to continue to search for what it means to live a good life. Our battered bones search for a crutch, our tempted souls reach for a guardrail, our punctured vanities humbling themselves sufficiently to see the existence of all this assistance, of God, our worst critic, yet at the same time our ultimate ally in this fight.
Posted by Charles Henry at 12:39 p.m.