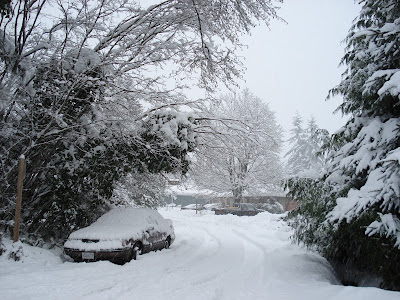 I've had to shovel more snow in the last ten days than in the previous ten years combined... that's my Christmas story.

Here are some Christmas stories from other people... some they'd like to remember, others they'd love to forget:

Fire officials in New Bedford, Mass., say a man using a blowtorch to melt ice on his back porch ended up setting his house on fire, causing up to $30,000 in damage.

"Mommy, am I on fire?" 10-year old girl saved from electrocution by her crucifix.

An airplane was stuck circling a southern Philippine airport for several minutes before landing Friday because air traffic controllers apparently still in a Christmas holiday mood came in late for work.

A woman who did not even realize she was pregnant got a surprise Christmas gift as she gives birth minutes after arriving at hospital to be treated for "stomach pains".

500 people and businesses donate more than $30,000 in cash, clothes, furniture and food to the family who lost their mother in a fire last weekend.

Husband gets to spend Christmas with his rescued wife after she had been missing for three days, lost in the snow.

Peterborough families left homeless after fire demolished their township complex have homes, furnishings and food, courtesy of donations from 50 local businesses and hundreds of citizens.

Florida police donate toy shopping spree to children whose Christmas presents were stolen from under their family's Christmas tree in a home burglary.
Posted by Charles Henry at 6:23 p.m.