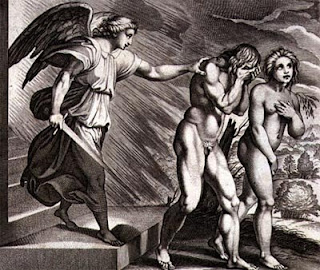 A mind not to be changed by place or time.
The mind is its own place, and in itself
Can make a Heaven of Hell, a Hell of Heaven.
__John Milton, Paradise Lost

A belated recognition of the 400th anniversary of the birth of British poet John Milton, born December 8th 1608... 400 years ago this week.
Will Durant was my initial tour guide through Milton's great epic, Paradise Lost; Durant's high praise left me wanting more, and I soon devoted many a commute to work listening to a book-on-tape reading of the poem. What an experience... half wonder, and half guilt, that I was so busy I had to resort to such means in order to savor such treasure.
Durant's 11-volume History of Civilization series looms over me on my bookshelf, a literary Mount Everest beckoning me to complete my ten-year old vow to read them all. (Six down, five to go, in case you're keeping score) Dusting off volume eight tonight, The Age Of Louis XIV, in search of a worthy quote to accompany my nod to Milton, the following comment on Paradise Lost caught my eye:

The poem was published in August, 1667. In its first two years thirteen hundred copies were sold; in its first eleven years, three thousand. Probably not that many readers, in any year, read it through today. We have so little leisure now that we have invented so many labor-saving devices. (chap viii, pg 235)

When video tape machines were added to our lives, humans began taping shows and never watching them. Are we now turning the internet into an archive for books that we will never read?
I wonder what Milton would have made of the irony...
Posted by Charles Henry at 10:54 p.m.

Thanks for making everyone to be aware of the only English epic writer. kudos to covenantzone

I too have some Milton copy to post, received recently from Truepeers. I meant to post it a few days ago but-- I've been too busy.

Still, it's worthy of ones time.

For those interested in free speech, may I recommend Milton's Areopagitica.