"Hope Is Our Only Treasure Now"

The British newspaper The Telegraph called attention this week to the surgical revisionism that has been taking place under the initiative of clergy determined to strike a more "inclusive" note through the songs sung in their church services during the Christmas season.

Enduring favourites such as Hark the Herald Angels Sing and God Rest Ye Merry, Gentlemen are being altered by clergy to make them more "modern and inclusive".
But churchgoers say there is no need to change the popular carols and complain that the result is a "festive car crash" if not everyone is singing from the same hymn sheet. It comes just a day after a Church of England vicar banned his congregation from singing O Little Town of Bethlehem because he believed its words do not reflect the suffering endured by modern residents of Jesus's birthplace. Another clergyman has rewritten the Twelve Days of Christmas to include Aids victims, drug addicts and hoodies.

The report relies heavily on the anecdotes accumulating at the Ship Of Fools website, where readers from around the world have been filling a forum thread with their experiences singing the new and improved carols:

"At our church, the people who really refused to sing these Abominations Unto the Lord were the younger ones. We felt insulted by the insinuation that old-fashioned words were too hard for us to understand. The over 70s sang the 'real' words as well – from memory. Meanwhile the 40 to 50-year-olds in the middle bravely soldiered on from some warped sense of duty and would have preferred to be singing the old words, too."...

"Nowadays there is a printed bulletin with the traditional words... A magnificent victory for people power."

So far, however, there isn't much to read in the Telegraph about the other ongoing War on Christmas, the one being fought, not with words, but with knives guns and bombs, where more than memories are being consumed in the flames of Orissa, India. I can't bring myself to post the photo of the disfigured young girl who may have almost lost her face but never her faith in the wake of an inferno of anti-Christian hatred:

Namrata Nayak is a 10-year-old Dalit from the village of Sahi Panchayat, near Raikia (district of Kandhamal, Orissa). Three months ago, at the outbreak of violence against the Christians, the little girl's face was disfigured by a bomb thrown by Hindu extremists. After 45 days in the hospital, she has healed, and is happy.
...
The little girl was disfigured on August 26. When she arrived in the hospital of Berahampur, she had lesions on 40% of her body. Now she is practically healed. "For me," Namrita tells AsiaNews, "Christmas is a time to thank the Baby Jesus who saved me from the fire and saved my face, which was disfigured and wounded. I am one of the few fortunate ones who escaped death, although I had to spend a long time in the hospital. I feel very loved by the people of India, and by so many people in the world who have seen my photo and have prayed for me.

"In Kandhamal, there is so much pain and suffering, and I don't know how long the special forces will protect us. But Christmas is a time of gratitude. I am afraid that my people will still be attacked, but this is our life. If God has saved me, he can save other Christians too."
...
"Christmas is also a time of forgiveness," says Namrata, "and we forgive the Hindu radicals who attacked us, who burned our homes. They were out of their minds, they do not know the love of Jesus. For this reason, I now want to study so that when I am older I can tell everyone how much Jesus loves us. This is my future. The world has seen my face destroyed by the fire, now it must come to know my smile full of love and peace. I want to dedicate my life to spreading the Gospel."
...
On the night of August 26, the Hindu radicals entered the house, breaking down the door and destroying and burning everything. The family of Harihar Das and Namrata and her sisters hid in a little bathroom. Before they left, the Hindu fanatics left a bomb in a dresser. After the attackers had gone, the occupants came out of the house, but little Namrata was curious and stayed behind to look at the damage. The bomb exploded, burning her face, while some of the shrapnel wounded her face, hands, and back.
...

Namrata's mother shows where her daughter seems to get her strength of character:

"My hope," she tells AsiaNews, "is that we can still have a future in Raikia. We possess nothing, and we could still leave, but in Sahi Panchayat we have some relatives, and our neighbors. If we leave, we will be wanderers.

"Christmas brings hope, hope is our only treasure now: we were poor, and now even the little we had has been destroyed. But Christmas means that Christ is born, and every birth means a new life. Jesus came down from heaven to save us from this misery, from the pain, from abandonment, from our homelessness. His power fills us with hope, love, and forgiveness."

With apologies to the sensitive ears of politically correct British clerics, I think we need a strong dose of the original lyrics to these old Carols this Christmas more than ever:

Christ by highest heav'n adored
Christ the everlasting Lord!
Late in time behold Him come
Offspring of a Virgin's womb
Veiled in flesh the Godhead see
Hail the incarnate Deity
Pleased as man with man to dwell
Jesus, our Emmanuel
Hark! The herald angels sing
"Glory to the newborn King!"

Hail the heav'n-born Prince of Peace!
Hail the Son of Righteousness!
Light and life to all He brings
Ris'n with healing in His wings
Mild He lays His glory by
Born that man no more may die
Born to raise the sons of earth
Born to give them second birth
Hark! The herald angels sing
"Glory to the newborn King!" 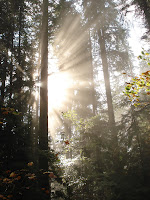 [Written by Charles Wesley, brother of John Wesley, founder of the Methodist church, in 1739.]
Posted by Charles Henry at 12:59 p.m.

I love the quotes you found from Christian victims of the violence in Orissa. Jesus truly has the hearts of those who are His in India! This whole series of events has really been on my heart. Praise God for His promises to reward those who seek His kingdom and His righteousness!

I've been following the story out of Orissa for a while now myself, and I agree that the faith of the persecuted there can teach us a thing or two about what it means to live in hope.

I can't imagine going through what these poor souls are made to live through, day after day. I wish there was something we could do, besides "raising awareness", somehow to be of genuine service to them... Maybe it will make a difference, if enough people learn about their struggle, I suppose. That's at least what I keep telling myself...

There was a method to their Methodism. They were Christians and they were democrats, and they caused the Burned over Years.

Brother John was tirelessly excluded from the Anglican Church till he found himself preaching in open fields. It's no different today in the apostate churches: they exclude the congregants and believing pastors till the people will be left sitting in library atria looking for people to talk to.

Well, we'll be there waiting for them.