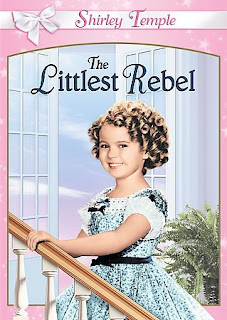 Interesting discussion over at Pajamas Media this week. Dr Helen Smith and her readers comment on what role, if any, a school teacher should play in shaping a young student’s political beliefs. One recurring observation from the thread, is how pervasively left-leaning today's young people tend to be, and how remarkably conformist they seem to be to the liberal worldview they are presented with, in their classroom, in their homes, and through the John Stewart/Stephen Colbert/Rick Mercer media that they consume.
The question arises: Are the young no longer pre-disposed to rebel against the old?
My personal conversations with young people throughout the recent Canadian and US national elections lead me to conclude that the young today are far more conformist and adoptive of their parents’ values than was the case when I was their age.
Way back when, it seemed a natural state of affairs to disagree with one’s parents, and any other figure of authority in our lives. Every young kid in our neighborhood, and in my classroom, seemed to behave that way. Our parents went to church, so the young person would choose not to go; they would support one candidate or one party so the young person would swear allegiance to the opposition. If our elders disliked a particular kind of music it became our mission to learn to love it. A teacher in school would explain the value of reading this author’s work and recommend we stay away from this other one, and our response was to promptly read the other one.
It was part of our nature to defy, to test, to rebel against the expectations and guidelines imposed upon us. We simply took it for granted that the older generation knew less than we did; what young person wouldn’t come to that conclusion, as they learned of the world around them, and how messed up it all was. Pollution, corruption, war, senseless cruelty… this was the world we were inheriting, brought to its sorry state because of the sorrier belief system under which the older hands were steering its course. Who wouldn’t rebel?
What has happened to that spirit of youthful rebellion? When a parent is committed to supporting Obama and the Democrats, how is it that the child of that parent chooses to play along, adding their voice to the family chorus of support? When a parent suspects Bush of complicity in the 9-11 attacks, why is it that the child unhesitantly parrots the parent’s beliefs? Why not be “cool” and root for the “bad guy”, as they do on so many other occasions?
Is this youthful shift towards uncharacteristic conformity a natural consequence of the greater changes in the last few decades that seems to allow for adults to never grow up and experience adulthood? 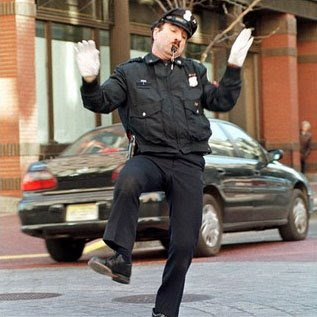 I remember wanting to rebel against my elders, but certainly not against my peers. Do the children today view the elders in their midst as so childish in their behavior, so immature in their worldview, that these elders end up being seen more as their peers, to be emulated? Do the young no longer see their school teachers, their “priests” (the sermons delivered from televised pulpits like The Colbert Report seemingly being taken as Gospel Truth by their young, avid followers) and, most importantly, their parents, as occupying the traditional role of authority figures whose modeled behavior is to be resisted? If no authority is ever exercized, after all, why consider them authority figures in the first place..?

The tension and conflict that comes from this resistance is actually of benefit to each, young and old. For the rebellion of the young forces the old to revisit their ideas, to find ways of explaining the wisdom derived from their experience ever more clearly, so that it may make sense to a mind bereft of that experience. As the saying goes: if you ever want to learn a subject, teach it. Every so often, that process forces the teacher to learn from their student, as the old must first re-teach themselves the lessons they then try and impart to the young. What better schoolhouse on how to be a parent than to raise rebelling children, what better test of your understanding of why you believe what you believe, than to attempt to get someone determined to resist you, to share those beliefs. 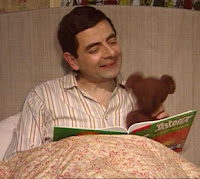 Much as we drive a car to our intended destination down the road by artful combination of its gas pedel and brake, so too does society compell the natural tendency of the old, of adhering to conforting tradition, to be in direct competition with the natural rebelliousness of the non-conforming young. By the clash of these opposites, we get our forward momentum.
How much further shall we progress, I wonder, if the natural tension that arises from opposing combustible forces has, seemingly, run out of gas?
Posted by Charles Henry at 12:58 p.m.

You’re missing a few major points. You interpret the massive youth swing toward Obama as an act of conformity. This is odd. It was the parents of young people that elected Bush. Twice. Youth went big-time against the ruling party in the last election. Conformity? If their parents were Democrats, these authority figures likely voted for Hilary in the primaries. The youth went big-time for Obama. Conformity? In other words, the political narrative of youth conformity is only compelling if we choose to ignore actual political behaviour.

The youth swing toward Democratic identification could be due to the hypothesized immaturity modern adults and an increasingly conformist trend. A far simpler answer is that it is due to the governance of their country as they reached an age of political consciousness. Today’s young people entered political consciousness during the Bush era. Youth lean Democratic because most people think Bush has done a shitty job. If people thought Bush was doing an awesome job things would be different. Just look at partisan identification among the cohort that entered politics during the Reagan era. They still tend to lean Republican. People thought Reagan was doing a decent job. Positive partisan brand recognition sticks. Performance matters.

Once you open yourself up to the possibility that people think Bush did a shitty job (you don’t have to believe it) then recent political behaviour will make a lot more sense.

I won't speak for Charles, but I don't think he would question that a lot of people think Bush did a lousy job.

But what I would ask, na, is can you point to any one idea or policy of Obama's that is significantly new, i.e. that is not just a rehash of traditional liberal positions going back to various decades, perhaps all the way to the 1930s or even further?

I think the problem Charles is trying to get at has to do with the fact that we have today rather impoverished resources for revealing the reality of our present society and its conflicts. This is true of all people but it perhaps particularly effects those who fall for cultish forms of politics that are intent on providing a model of reality that presumes to have the answers but that really is a mask for those who can't deal with the existential uncertainty that comes from knowing we don't have a very good account of our reality and its meaning. Lacking a healthy debate about the nature of our reality, falling back on traditional left-liberal ideas, reworking postmodern victimary gestures, it would be hard for any young person to formulate a meaningful rebellion unless he were one of the few who is interested in renewing the Judeo-Christian orthodoxy that today's liberalism wishes to bury.

na, you raise some good points, and it makes me realize I didn't do as thorough a job as I could have of explaining how I arrived at my conclusion.

I'll be the first to admit my observations are based on only dozens of anecdotal examples, rather than through an examination of a far larger sample. So there's plenty of room for the scenario(s) that you describe to stand as a reasonable explanation for the political views held by today's youth.

However, it doesn't change the answers that I get to the questions I ask of the young peopler I interact with.

It is very common to hear them say that "every single person they know", all feel the same way as they do. More than one has admitted that I am the first "conservative" (whatever that word means nowadays) that they have ever met. They hear **about** them, but they never actually hear what they think, from the horse's mouth, so to speak. ("You don't act like you're a conservative", one young lady told me once; "you're such a nice guy"..!) A surprising number of them say that their parents share their belief in Bush's "regime" knocking down the WTC themselves on 9-11, that Bush and Cheney are somehow making a personal fortune from the Iraq War, that they are trying to install a Christian theocratic dictatorship... this is what they get at home, whenever the subject of world events comes up in discussion.

In trying to keep my post simple and to the point, I confess I skipped over the few-enough-to-count-on-one-hand number who mentioned that their parents did in fact vote for Bush. They tell me that their parents still hated him, but simply viewed him as the lesser of evils. So even in the families where there was marginal sympathy for the Republican party, there was still family antipathy towards the standard-bearer of that party. And the children followed their parents' lead.

For what it's worth, here's another observation I learned from my anecdotal polling, one that I couldn't find a way to shoehorn into my post: young people from divorced families were the ones who were the most left-leaning and conspiracy theory-minded. The more miserable the home life, the more anti-conservative the worldview.

Finally, I don't think I qualify as a Bush admirer. I disagree with most of his policies, by degree when not in entirety. My strongest critique of him, as a leader and manager, is that he has a whopping blind spot when it comes to judging people; I think he is a terrible judge of character, and that this weakness has led to most of the policy failures of his administration.

I don't see him as the evil caricature that his worst critics tend to paint him to be. God only knows the daily dose of horrors he must see come across his desk, from intelligence briefings; it's wearying to just read the news, as a civilian... I can't imagine what he must see, about terrorist chemical warfare schemes, Russian and Chinese military maneuverings, nuclear proliferation in the Middle East, and all the other nightmares lying in our potential future. This must have an effect on one's faith in humanity, if a man is human himself. When he makes decisions that come across as short-sighted choices, I think it's because he has reason to believe we may only have a short window of normalcy remaining to us anyway...