The Whitehouse first terrified and then humiliated New Yorkers with a recent p.r. stunt on Obama's behalf, and it only cost the people of the nation $329,000.00.

If you'd been in Manhattan and looked out your window to see a passenger plane being chased by two military jets, would you run like hell to get out of wherever you might be? Would you see those planes coming and panic and run? And then, maybe a few hours later, finding out it was our own government simply making some propaganda shots for the White House, would you go back to work and look at your fellows and see them as people like yourself who ran from danger in a state of terror only to find you'd been tricked and that you'd run away like a coward? Mightn't you feel humiliated? And next time? Maybe you'd think you won't be humiliated by running for your life again. But what about next time?

By Roger Runningen and Tony Capaccio

April 29 (Bloomberg) -- President Barack Obama ordered a review of the decision giving the go-ahead to a $329,000 publicity-photo shoot over New York City with one of the planes that serves as Air Force One.

The aircraft rattled windows in New York’s financial district and prompted some office workers to flee buildings in fear it was a repeat of the Sept. 11 terrorist attacks....

The estimated cost for all three aircraft was $328,835, Air Force spokeswoman Vicki Stein said in an e-mailed response to inquiries. That includes $300,658 for the VC-25, which flew a three- hour mission, and about $28,178 for the F-16 jets, which flew 1.8 hours each, Stein said. The total includes fuel used in flight, fuel needed to power ground equipment that helped prepare the aircraft, and ground maintenance, Stein said. The flights were a training mission and “the hours would have been flown regardless,” she said.

[White House spokesman Robert] Gibbs said the flyover was “two training missions that became, in the end, a picture mission” ....

Senator Carl Levin, a Michigan Democrat who is chairman of the Armed Services Committee, said ... “Obviously we’re caught in a communications mistake"....
http://news.yahoo.com/s/bloomberg/20090429/pl_bloomberg/aqgwcvt31_s0;_ylt=A0WTUdySjfhJeGsBGACog9IF 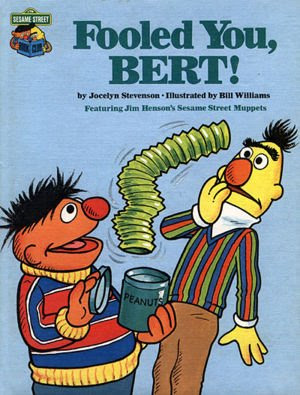 I'd think some puke in an office got so full of himself that he felt his job was the most important thing on Earth, and if people don't see that, well, they can run around making fools of themselves and he won't care. They can live with it. "I'm an important office-puke!"

Federal officials knew that sending two fighter jets and a 747 from the presidential fleet to buzz ground zero and Lady Liberty might set off nightmarish fears of a 9/11 replay, but they still ordered the photo-op kept secret from the public.

In a memo obtained by CBS 2 HD, the Federal Aviation Administration's James Johnston said the agency was aware of "the possibility of public concern regarding DOD (Department of Defense) aircraft flying at low altitudes" in an around New York City. But they demanded total secrecy from the NYPD, the Secret Service, the FBI and even the mayor's office and threatened federal sanctions if the secret got out.

We tolerate so much crap that it literally kills us. We make excuses and blame ourselves. And for it we get murdered or maybe just humiliated for thinking this time we'll be murdered. Maybe many will just laugh it off and try to forget that they were terrified and ran away from a non-existent threat. Maybe some will blame themselves for over-reacting. That would be the most terrifying and humiliating aspect of the whole event.
Posted by Dag at 10:41 a.m.

I wouldn't blame the office "puke". I find it unbelievable that this wasn't part of a special request direct from Obama. How else to explain that the officials knew it would cause panic and at the same time they put the fear of God into anyone thinking that they should notify New Yorkers? Security? doesn't cut it: I think they're covering for the narcissist in chief who was probably flying his friends around or doing a "photo op" for some forthcoming Messiah propaganda.

If he DIDN'T KNOW ABOUT IT, that's worse.