Turning and Turning in a Widening Gyre...

There are some events that leave a mark on the man, 9-11 being one for many of us. One needn't have been there, been involved in any physical way, to be marked by the event. Nor does it have to resonate with past experience in any visceral way to have left a mark on the mind for the duration. But imagine you were there in New York City on the morning of 9-11 when the jihad came back to America in a big way. I was elsewhere that day, but because of the attacks on our nation and our people that day, the horror and the hatred live in my soul as deeply as does anything. Islam on that day and due to that event created at least one eternal enemy. Though I was not there, to this moment the sound of an approaching aeroplane brings my mind back to the murder of our people on 9-11. I will never forget, and I will never forgive. I'm likely not the only one. One would guess that many like me still live in New York City right now.

But things have changed in the nation since that transformative day. We have a new president. Some like him. Some will probably think it just right that he portray an image of greatness in the land. Please refer to the story below for more details. 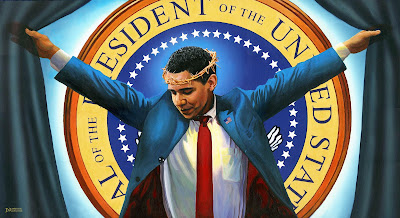 The current administration has no shame … and no concern for New Yorkers. Air Force One, accompanied by an F-16 fighter plane, buzzed NYC and the Statue of Liberty because, the White House says, it wanted to update the photo file for Air Force One.

Only problem is, the Obama administration forgot to tell New York’s citizens in advance that Air Force One would be buzzing the city. According to MSNBC: 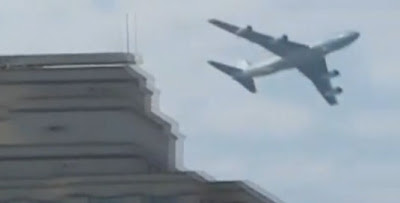 It wasn't an attack, or even a drill -- it was a government-sponsored photo op.

Mayor Bloomberg said he was "furious" and criticized both the feds and his own administration for failing to issue a simple warning to the public in a city that is still somewhat traumatized by the 9/11 terrorist attacks.

An official from the Obama administration said the White House Military Office wanted to update its file photo of the president's plane near the Statue of Liberty.
http://www.americanthinker.com/blog/2009/04/air_force_one_photoop_terrifie.html

"[T]he White House Military Office wanted to update its file photo of the president's plane near the Statue of Liberty."

I hate to hear the voice of a suffering servant. One cannot, or at least, should not, forgive when the violent behaviour continues. One can forgive when people really change. But in any case, the need for forgiveness is as much, if not more, to redeem the injured as those who injure. The injured gets trapped in the idolatry of his resentment, since resentment, however justified, has nonetheless an inevitably delusionary quality that narrows one's reality.

The problem with Obama's people is that they are resentful and/or guilt-ridden (anti-Bush, and even anti-American) and self-absorbed idolaters, feeling a need to put their own (now-cliched) "we will overcome" mark on America's symbols. Some care little, it would seem, for the ordinary reality of New Yorkers.

Or maybe they are preparing for Obama's final act. Who knows?

But in any case, we should not be too surprised for we have often commented on how mundane human reality is not the concern of Gnostic ideologues, which i think we know these people to be.

We fight people unduly obsessed with their self-image as either fallen creatures or redeeming holy men and women, by attending to and building up our shared reality, taking a lead in generating new events, with an eye to taking and revealing reality's true measure, and in doing so helping set the scene for the next turn of the gyre and the next measure. But to do this well we have to free ourselves. We should rationally bound our necessary resentment, when it can't be forgiven. Or, in other words, we should give away what cannot be usefully bound in helping us reveal and act on reality; or we too will become phony Messiahs.

John Leitner, a floor trader at the New York Mercantile Exchange Building, said about 1,000 people "went into a total panic" and ran out of the building around 10 a.m. after seeing the planes whiz by.