Pharaoh threw the boys into the Nile; Obama, shooting sulphur into the upper atmosphere, may find his metier in transcending the "anti-science" (burned) Bush and realizing his own campaign claim: "“I am absolutely certain that generations from now, we will be able to look back and tell our children that… this was the moment when the rise of the oceans began to slow and our planet began to heal…”

At first, [Obama science adviser] Holdren characterized the potential need to technologically tinker with the climate as just his personal view. However, he went on to say he has raised it in administration discussions.

"We're talking about all these issues in the White House," Holdren said. "There's a very vigorous process going on of discussing all the options for addressing the energy climate challenge."

Holdren said discussions include Cabinet officials and heads of sub-Cabinet level agencies, such as NASA and the Environmental Protection Agency.

The 65-year-old physicist is far from alone in taking geoengineering seriously. The National Academy of Sciences is making it the subject of the first workshop in its new climate challenges program for policymakers, scientists and the public. The British Parliament has also discussed the idea. At an international meeting of climate scientists last month in Copenhagen, 15 talks dealt with different aspects of geoengineering.

It's easy enough to write all this off as some kind of insane ideology seeking massive control and power through various "scientific" pretensions to redeem a fallen humanity, as the people at Belmont Club are doing. While there is much to this argument when we are talking about the Obama crowd, more generally it's not simple, it seems to me. Once it becomes possible and unavoidable for man to influence global physical systems in measurably significant ways, as we are probably starting now to do; and once, as is inevitable, a science further develops to weigh risks and probabilities of various possible actions, will it be possible for humankind to just say "no", "no, we won't try to change conditions to avoid what may be present or foreseeable high risks and dangers (whether or not we are in any way responsible for the evolution of these threats to human life or ecological systems).

In other words, is it true that once you can, often you must, when life and death is in the balance? Even if one is maximally aware of the dangers of hubris (as I believe Obama and his people are not) is it not imaginable that some circumstance must in time arise with an imperative that demands we take some reasonable risk and try our best to influence climate or other geophysical systems? Is there an analogy to be made, for example, to our now common attempts to control ecological systems as we decide how much of a certain species of fish or game it is safe or a good idea to kill or consume, from the point of view of maintaining other species? 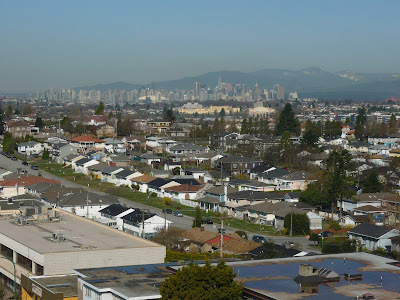