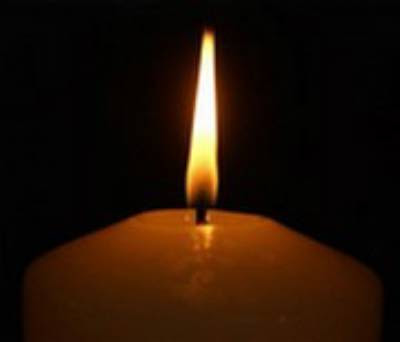 "The extermination of millions of Jewish people during World War II was a crime against all humankind. In remembering the Holocaust and paying tribute to its victims, we renew our commitment to fight against the evils of racism, discrimination and anti-Semitism.

"The Holocaust stands alone in human history for its horror and its inhumanity. It is crucial that we learn from this experience, not only to ensure that such atrocities never take place again, but also to better enable us to build societies based on a respect for human dignity, in which such acts are not possible.

"Our government has taken a principled stance in combating Holocaust denial and anti-Semitism. More than a year ago, I announced that Canada would refuse to participate in the racist Durban process because we had serious concerns that the failings of the 2001 World Conference Against Racism, Racial Discrimination, Xenophobia and Related Intolerance in Durban, South Africa, would be repeated at the 2009 Durban Review Conference. In 2001, the Durban Conference degenerated into open and divisive expressions of intolerance and anti-Semitism. Yesterday's speech by Iranian President Mahmoud Ahmadinejad vindicated Canada's principled decision to lead the world in withdrawing from the conference. As a result of Canada announcing its withdrawal from the Durban Review Conference, Canada's seat will be vacant for the duration of the conference.

Under our government, Canada will support any international conference that combats racism; we will not, however, lend Canada's good name to those that promote it.

This commitment is also reflected in our ongoing efforts to attain full membership in the Task Force for International Cooperation on Holocaust Education, Remembrance and Research. In 2008, we took another step forward and received liaison status in this Task Force and, in June, I will present Canada's formal application for full membership.

"As Minister for Citizenship, Immigration and Multiculturalism, I urge Canadians to learn about the Holocaust, to remember its victims, and to reject all forms of hatred and discrimination."

I used to love going through the Carmel Market in Tel Aviv Friday afternoon after work because: it's open-air, smelly, dirty, noisy, crowded to the point one can hardly walk through; and there I was, pressed shoulder to shoulder with Israelis from around the world all out to buy the day's needs for their families: food, clothing, odds and sods. What a great place to be among people and to feel happy with them because they live.

Then one day I was walking out of the store I worked at to go for lunch, and the whole place came to a sudden and deathly stop. People stopped talking, walking, driving. The air-raid siren came on and no one moved. I've been in air-raids before and this was weird to me. Dead silence otherwise and no one moved a bit for an age. Then they did.

That's not the end, though. I was at Ha Kotel minding my own business when suddenly the air-raid sirens came on again. Same story as above. This time, it was Remembrance Day for Israeli soldiers killed since the founding of the State of Israel. The killing goes on.

Today the Nazis are trendy downtown Leftist hippies. The struggle goes on.